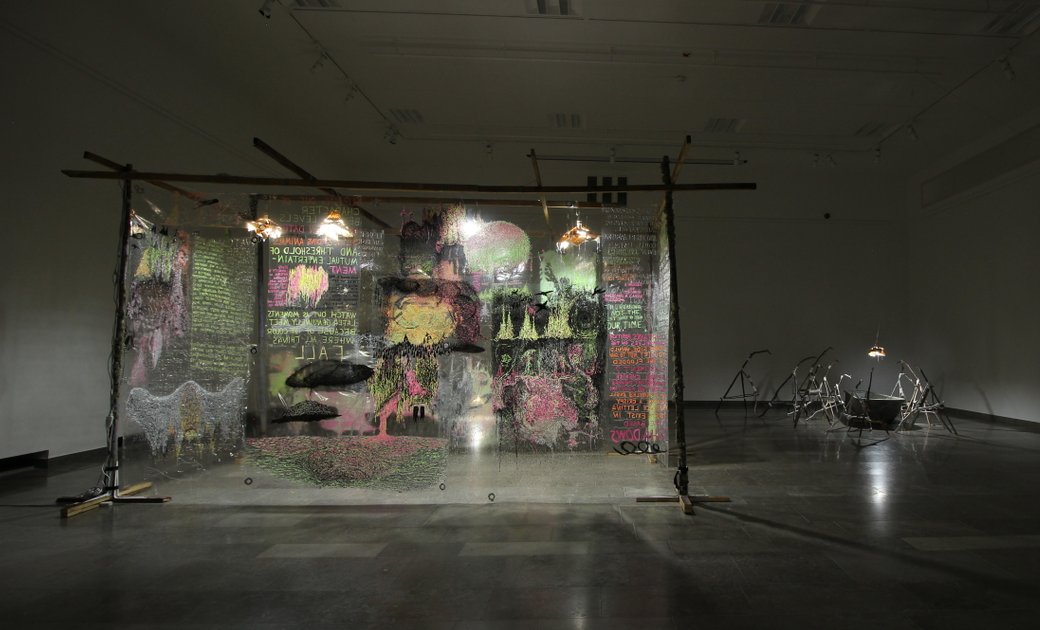 trashbags keeping the sun out

light reflects itself in broken compact discs on the floor
eight graphite drawings on dough in a circle held up by tent poles, carefully searching the room could reveal the leftovers of that tent
covered in hot glue are those who previously visited a completely different venue

one of the mentioned parts is an experienced traveler

under the light of crackers eight pieces of dough has gathered for listening, making this their third resort within a short span of time

material previously used for drying hay mixed with material sitting on a facade, both previously basking in sun

some of these compositions was developed inside a tent up on a hayloft, windy days the tent rattled 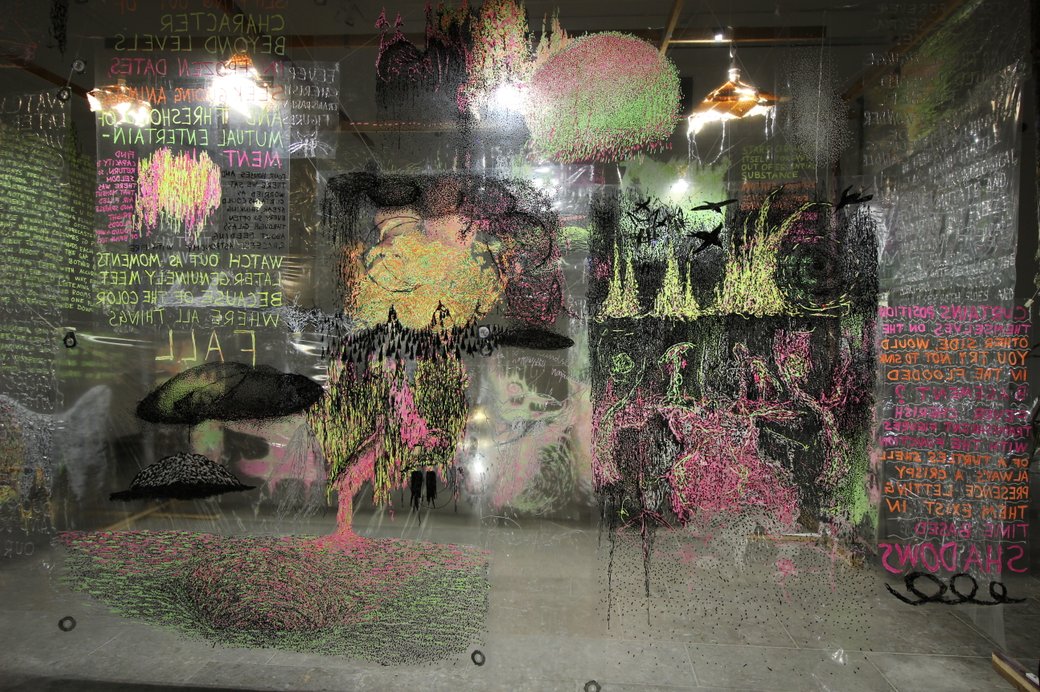 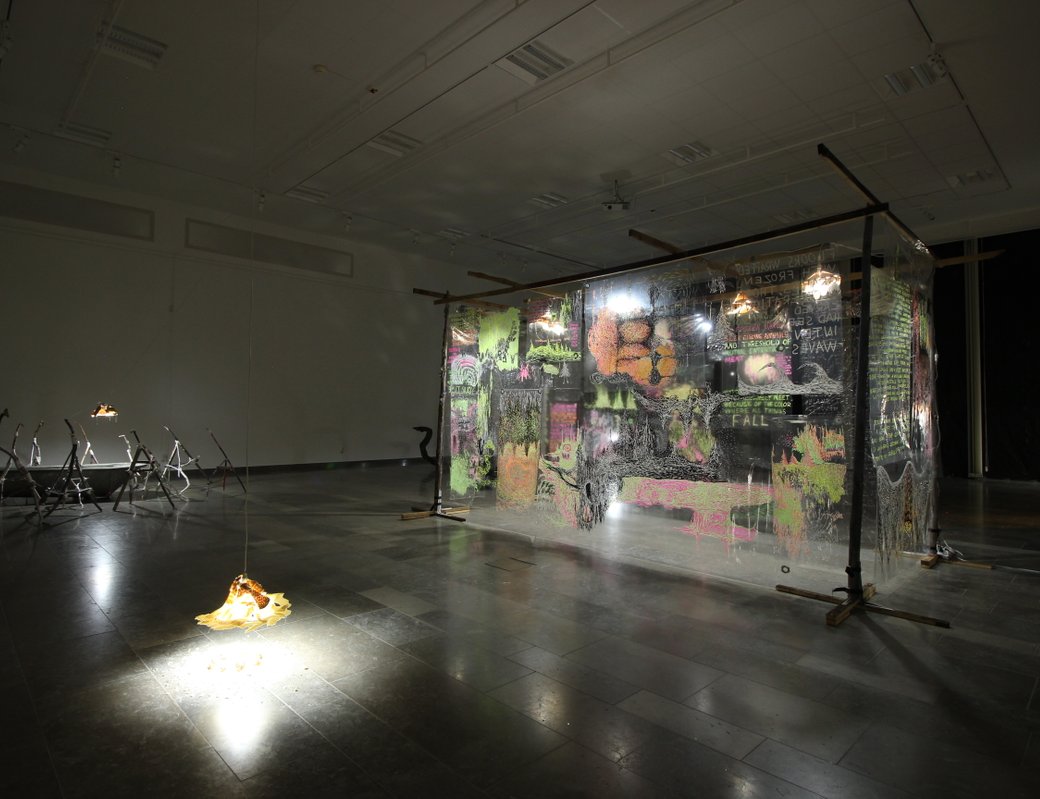 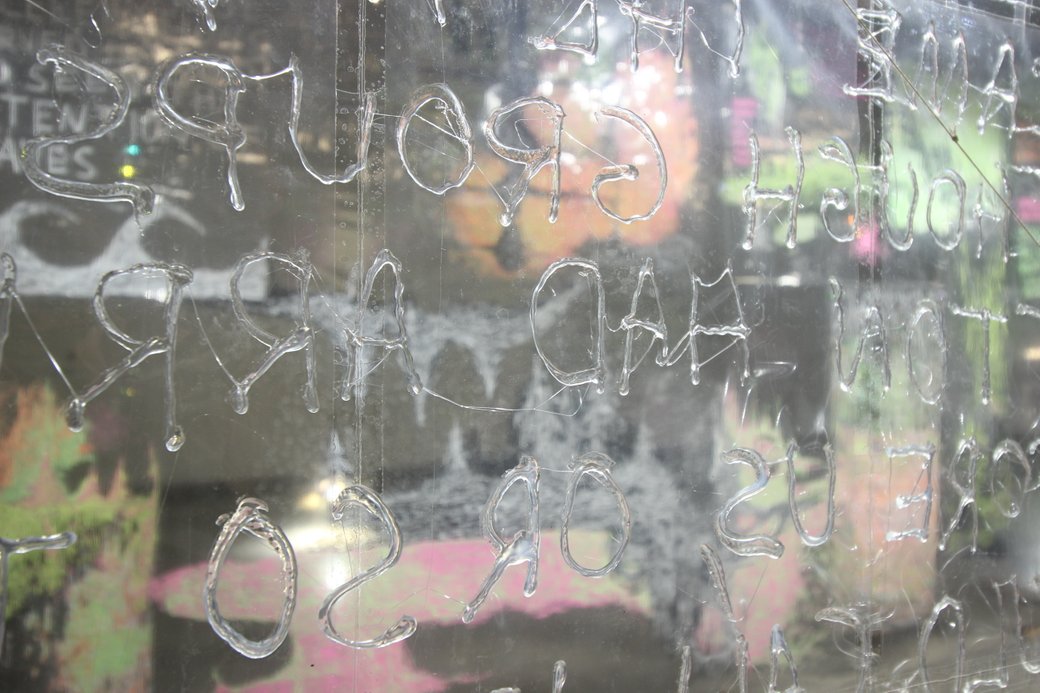 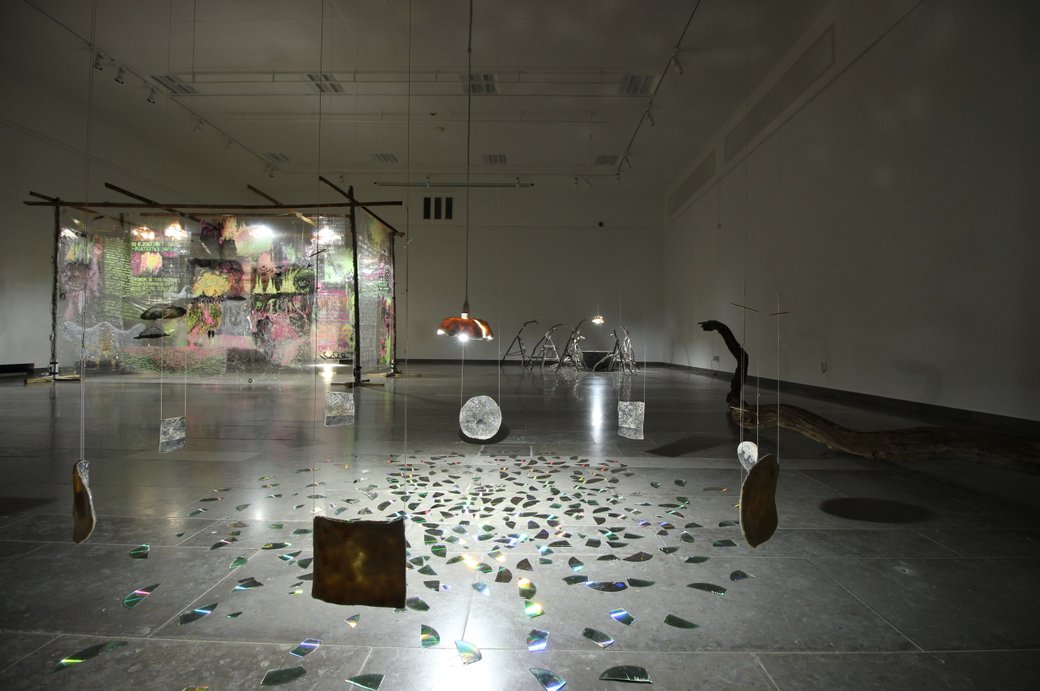 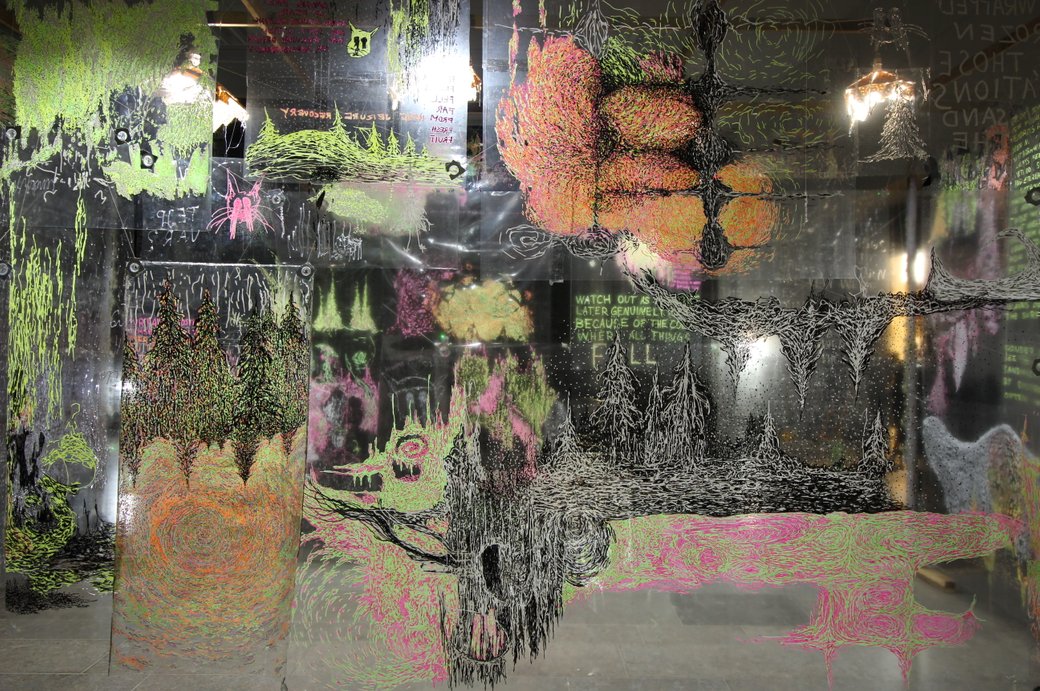 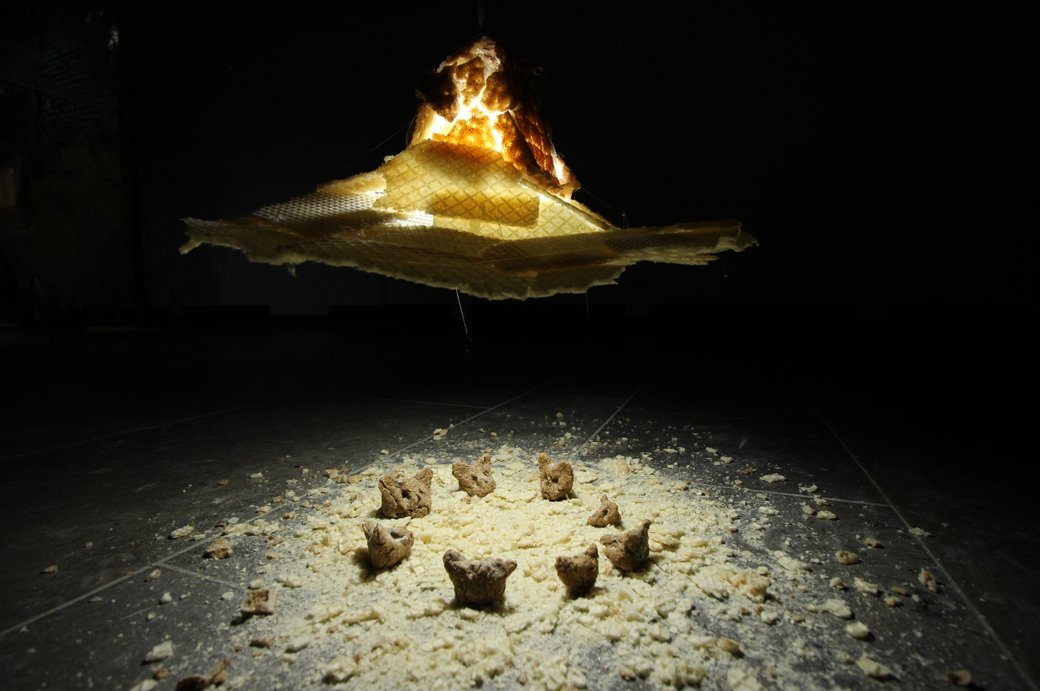 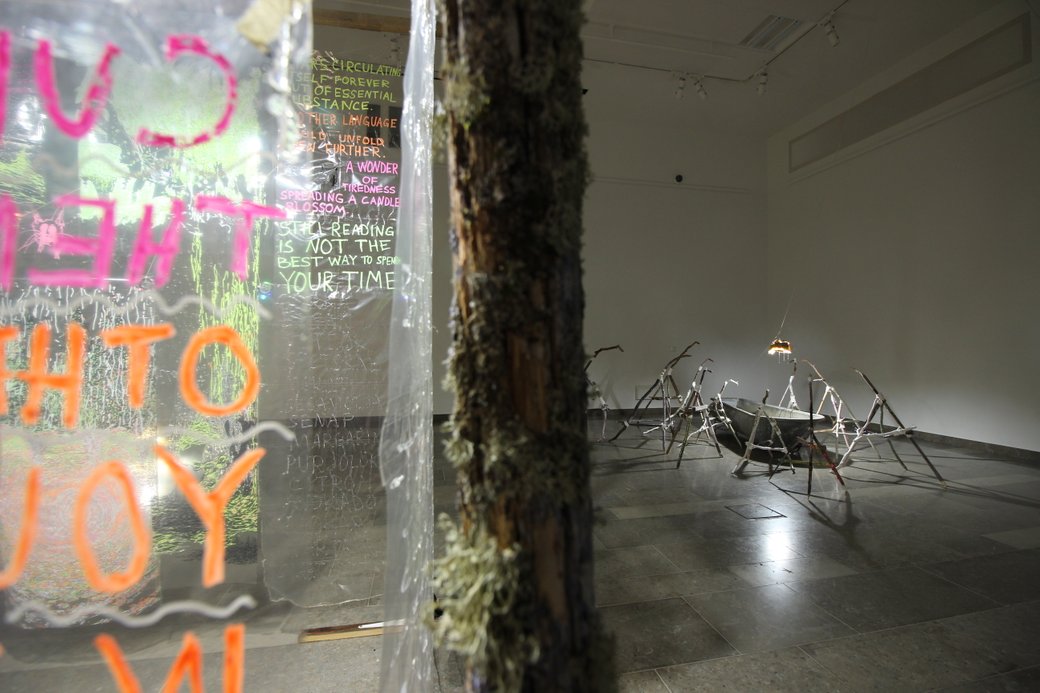 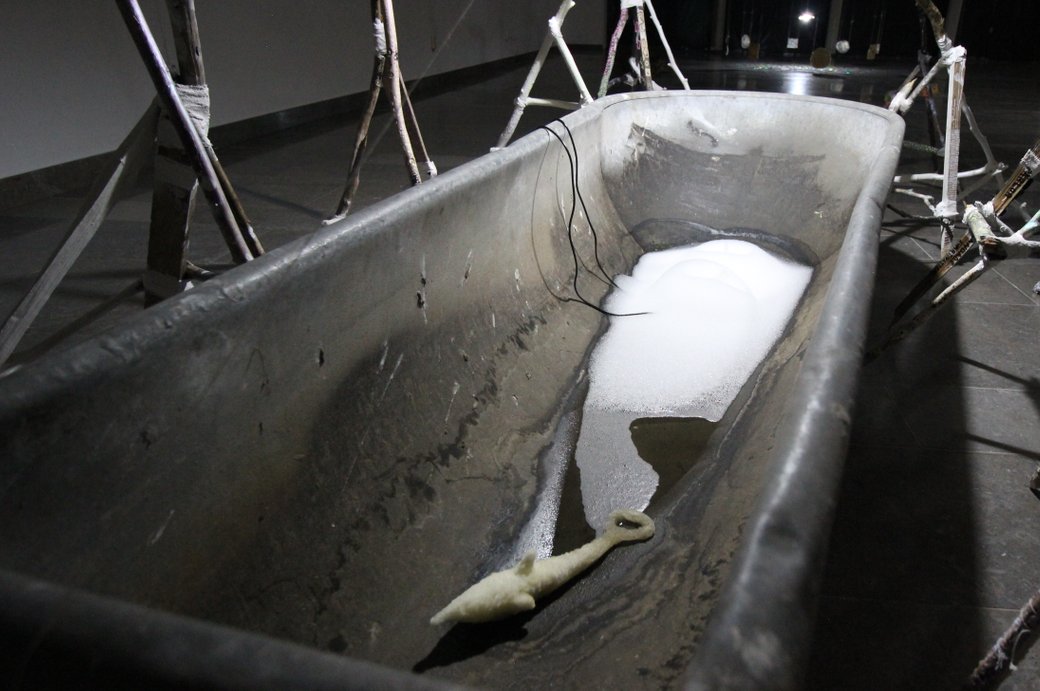 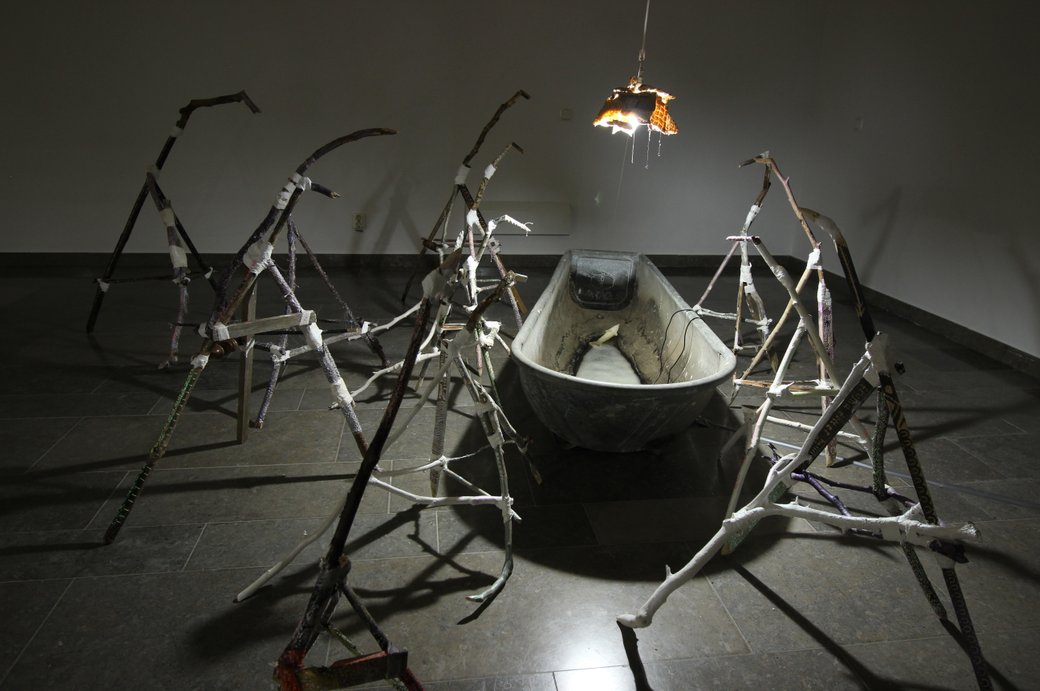 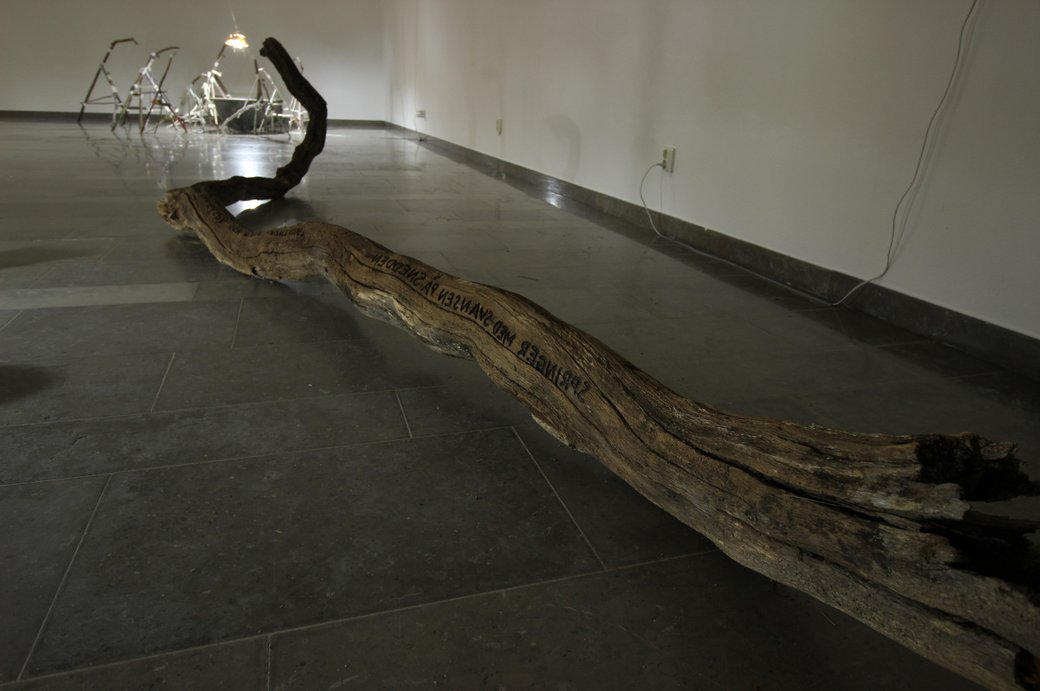